TURBAN – for the rest of the world may be connoisseur choice of fashion or identification of a particular culture, but for a Sikh it is an indispensable element of attire.  A Sikh can never be without it. It is not an ostensible sign or symbol because the purpose is not to show off or an object of ornamentation but it is an article of faith of the Sikh nation world wide.

Turban or dastaar  on the head of Sikh may seem a bit out of place to the modern Western world but it is a global outfit . In Persian  it is called dulband.  This came to be known as tulbend  in Turkish, turban in English and turbante in Italian. The French called it turbant.

The human body is so precious that it has to be clothed and covered properly. Likewise a Sikh can not be a Sikh without unshorn hair. For a Sikh the hair is inseparable part of his body and is to be preserved and wrapped in turban, the long piece of cloth.

The rest of the world may have found it more convenient to do away with the turban or flaunt it on ceremonial occasions but the Sikh is under obligation to always honour the human body by adorning beautiful turban on the head with unshorn hair. ਸਾਬਤ ਸੂਰਤਿ ਦਸਤਾਰ ਸਿਰਾ ॥12॥ (Guru Granth Sahib, p. 1084)

The Sikh canon bestows divinity to the turban and Guru Gobind Singh, the last of the ten Sikh Gurus himself gave his own turban to one of the Sikhs thus signifying the succession of the order of the Khalsa to the masses.

In the medieval the invading Mughals, who later occupied ordained that turban being the symbol of independence, dignity and nobility was to be adorned only by the ruling class and the local inhabitants, the Hindus were sternly barred from wearing turban.  Vast majority of the local people were treated less human being because of their faith and religion.

This unjust diktat being divisive of the mankind was abhorred and was not at all acceptable to the founders of the order of Khalsa or Sikhism and bestowed on every Sikh the crown depicting equality, justice and dignity.

Even during the independence movement in the inmates of gaol were not allowed to wear Gandhi Cap, the cap popular by the name of Mahatma Gandhi.  Although the Sikhs never wear cap, helmet or any other headgear other than turban, still Baba Kharak Singh the Sikh leader spent his gaol term wearing only shorts and turban demanding right of Hindu prisoners to wear Gandhi Cap.

The order of the Khalsa Nation and its doctrines were honoured and recognised in the first and second world wars by the British, French and other governments that the Sikhs were allowed to wear turban instead of helmet or any other army head gear.

The Sikhs are the constant torch bearers of human dignity. At any call coming from any quarter to protect the rights, privileges or establishment of peace, the world witnessed turbaned Sikhs in the thick of action anywhere including two World Wars and thereafter in any assignment given by UNO.

So dastaar on the head of a Sikh signifies his unique identity and his commitment to be part of the global community. It is an article of faith and potent sign.  The presence of a turbaned Sikh is an assurance to the society around him.

The world history is a witness to the fact that come what may, the Sikh with turban will never hide himself or his identity and will never be a deserter under any condition. He will always be available for any position or situation for the service of mankind at any call.

Turbaned Sikh is a uniformed soldier for and of the service to the world. Justice demands that his crown, the turban has to be viewed, honoured and recognised  from this perspective. 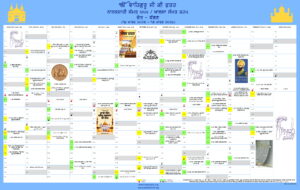